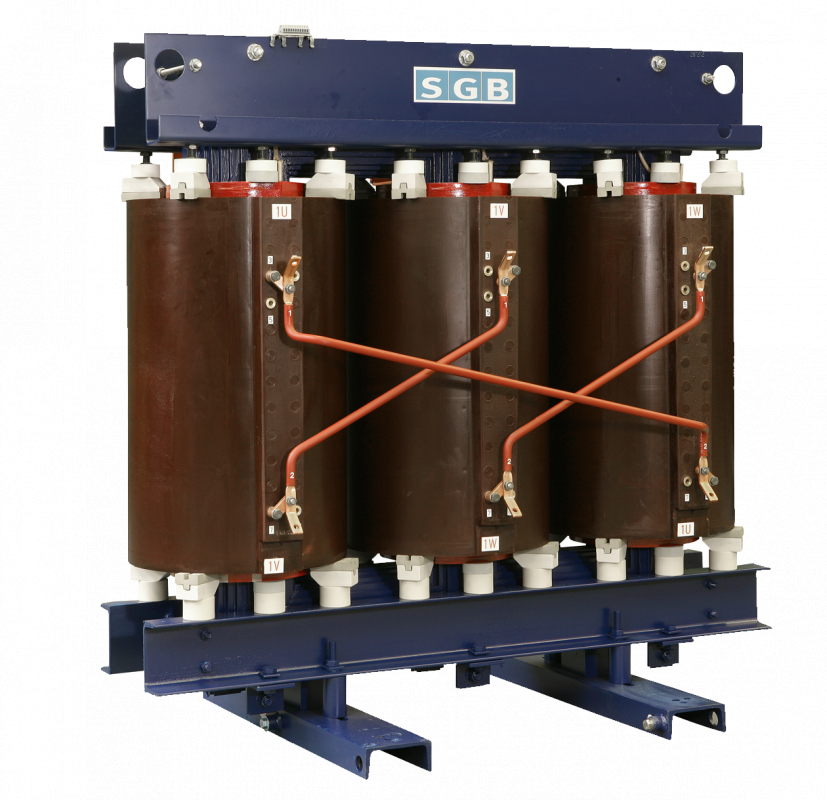 Custom order, 65 days
Reconfirm the price with seller
Call
Gruppa Kompanij Savoir Faire
Kazakhstan, Almaty
(View map)
+7(7
Display phones
6
6 years on Allbiz
Technical characteristics
Description
Production history of the SGB/SMIT concern entering world ten of the largest producers of power transformers originates in the twenties the XX centuries.
Production of transformers is carried out at the enterprises of group since 1913. Today the SGB/SMIT concern unites 5 production sites with head enterprise in Regensburg (Germany) worldwide. The SGB/SMIT concern is one of the leading global manufacturers of the transformer equipment and makes distributive dry transformers with cast isolation with power from 50 kVA to 25000 kVA and with a maximum voltage up to 36 kV, and also power oil transformers power from 10 MBA to 1200 MBA up to 800 kV.
Plants of concern deliver oil and dry transformers practically on all continents of the globe.
Since 1993 at the enterprise the ISO 9001 system is introduced. s 2002 - ISO 14001. In 2010 the SGB/SMIT concern received the certificate on seismic stability confirming resistance to influences to 9 points on MSK-64 scale even in standard execution. Production is certified by FGC UES and have the certificate of conformity to the Russian state standard specifications. Transformers of SGB/SMIT concern are successfully operated in Kazakhstan since 2006. Transformers are the equipment having the service life measured decades. Transformers of SGB/SMIT concern have a number of technological features at production the operational characteristics improving it which are provided further.

Advantages of use of dry transformers with cast isolation of production of SGB/SMIT concern in comparison with other producers:

1. Minimum risk of ignition. Cast isolation is not subject to ignition and possesses properties of self-attenuation. Additional fire-prevention actions are not required.

2. Winding of the coil of the high voltage (HV) is carried out by the isolated shaped wire (settlement length, without solderings in the coil) which isolation consists of a poliefiromidny varnish with high heat stability of 200 °C.

3. Possibility of increase in power. Use of compulsory ventilation allows to achieve increase in power by 40% (similar is not offered by any global manufacturer) at invariable service life of transformers.

4. Reduction of losses due to production of the core on the Step-lap technology. For protection against corrosion the heat-resistant two-component varnish which gets between single sheets of the core and sticks together them is used. Thereby it is reached exclusive properties concerning losses and noise level. As a result economy of the consumed electric power.

5. Resistance to shock tension. Only transformers of SGB/SMIT concern are equipped with the coils of a high voltage manufactured by method of vacuum filling with a two-layer winding. The two-layer winding of SGB/SMIT concern guarantees linear distribution of shock loading on all rounds and increases resistance to shock tension.

6. Reloading ability Uniqueness of windings (BH, HH) of transformers of SGB/SMIT concern consists that, windings are executed with additional radial channels of cooling that at the identical consumption of materials in transformers of SGB/SMIT concern uniform distribution of temperature in coils is provided. Increase in the cooled surface leads to extension of service life of transformers. Trouble-free operation of the equipment during the long term of operation is result.

7. High resistance to short circuits of a winding of the low voltage (LV). Thanks to application of multilayered isolation of "Prepreg" with the subsequent pasting the cylinder with strong walls which maintains big radial forces at short circuits in comparison with other technical solutions is formed. Provides reliability in emergencies that saves funds for service and repair.

8. Resistance to high temperatures. The high thermal modes are reached at the expense of a special design of a winding of the high voltage (HV). Reinforcing fiber glass of a design of coils (owing to what durability on stretching comparable to in coefficient of temperature expansion of aluminum and copper is reached) provides high reliability during the transporting and operation even in the conditions of sharp difference of temperatures. Primary isolation of transformers of SGB/SMIT concern consists of a poliefiromidny varnish of high heat stability with a temperature index 200 °C

9. Transformers have the lowered noise levels and vibrations that allows to install transformers of SGB/SMIT concern in rooms with special conditions on noise and vibration. For additional noise reduction and vibration the shumo-vibroquenchers established on the lower yoke of a frame of the transformer are included in the package of delivery.

11. A possibility of installation of transformers in various types of casings from IP23 to IP65.


12. The guaranteed long term of operation. All listed above features allow to install guarantee period of 5 years on the transformer and to declare service life of transformers of 60 years. What undoubtedly is the most favorable to the operating organization.

The term of implementation of the order makes 65 days.